Tibet/China Tour news update: Novel Coronavirus keeps spreading all across the globe. As of Feb.28, 2020, the 2019 novel coronavirus (2019-nCoV), officially named as Covid-19 by the WHO, has spread to 54 more countries apart from China alarming public health authorities across the world. A total of 83,386 (including 78,927 in Mainland China, Hong Kong, and Macau) confirmed cases of novel coronavirus infection including 2,858 deaths (including 2,794 in China, 26 in Iran, 17 in Italy, 13 in South Korea, four in Japan, two in France and one each in the Philippines and Taiwan) have been reported across the world. 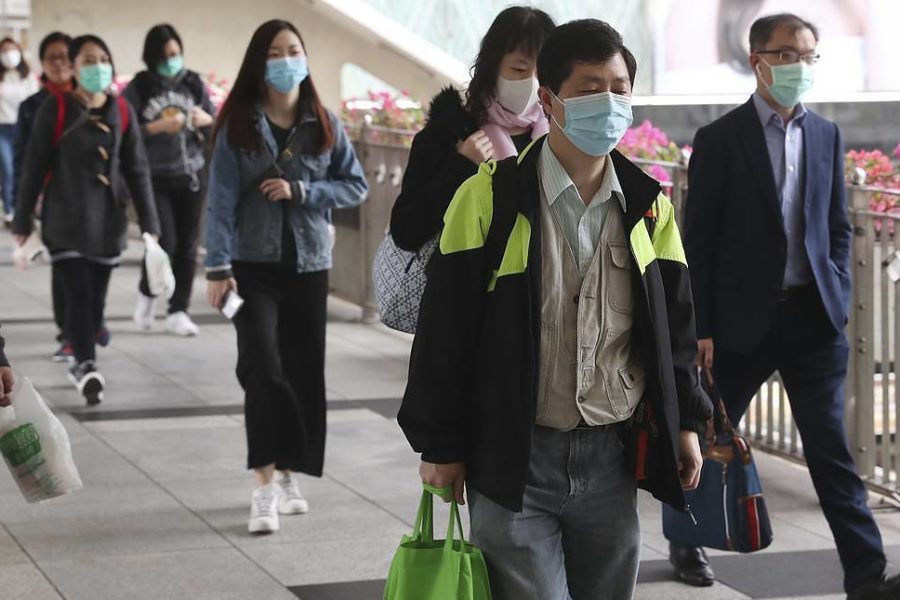 World harshens its virus response as epidemic worsens by day

With the number of sick and dead rising, the crisis gave way to political and diplomatic rows, concern that bordered on panic in some quarters, and a sense that no part of the world was immune.

“Viruses don’t know borders and they don’t stop at them,” said Roberto Speranza, the health minister in Italy, where northern towns were on army-guarded lockdowns and supermarket shelves were bare.

As outbreaks grew sharply Europe and the Middle East, air routes were halted and border control toughened. But for an illness transmitted so easily, with its tentacles reaching into so many parts of the world, leaders seemed willing to try anything to keep their people — and economies — safe.

Japanese Prime Minister Shinzo Abe called for schools across the country to close for weeks, a decision that impacted 12.8 million students.

“The most important thing is to prevent infections,” said Norinobu Sawada, vice principal of Koizumi primary school, “so there aren’t many other options.”

In South Korea, the hardest-hit country outside China, four Busan markets known for colorful silks and a dizzying array of other wares were shuttered while the military sent hundreds of its doctors and soldiers to aid in treatment and quarantines. K-pop superstar band BTS canceled a series of Seoul concerts planned for April.

The global count of those sickened by the virus exceeds 82,000, with China still by far the hardest-hit country. Recent days have seen sharp spikes in South Korea, Italy and Iran.

South Korea reported 256 additional cases Friday, raising its total to 2,022, with most occurring in the region around the city of Daegu. Many cases there have connections to a church and health workers are testing thousands of its members.

China’s National Health Commission reported 327 new cases and 44 deaths over the previous 24 hours, most of them in Wuhan, the city where the COVID-19 illness emerged in December. Mainland China’s total cases are now 78,824 with 2,788 deaths.

Even the furthest reaches of the globe were touched by the epidemic, with a woman testing positive in Tromsoe, the fjord-dotted Norwegian city with panoramas of snow-capped mountains. Health officials said the woman had traveled to China.

In Iran, the front line of Mideast infections, officials loosened rules barring the import of many foreign-made items to allow in sanitizers, face masks and other necessities, and removed overhead handles on Tehran’s subways to eliminate another source of germs. Peru put specialists on round-the-clock shifts at its biggest airport, Argentina took the temperature of some new arrivals and El Salvador added bans for travelers from Italy and South Korea.

The holy city of Mecca, which able-bodied Muslims are called to visit at least once in their lives, and the Prophet Muhammad’s mosque in Medina were cut off to potentially millions of pilgrims, with Saudi Arabia making the extraordinary decision to stop the spread of the virus.

With the monarchy offering no firm date for the lifting of the restrictions, it posed the possibility of affecting those planning to make their hajj, a ritual beginning at the end of July this year.

“We ask God Almighty to spare all humanity from all harm,” the country said in announcing the decision.

Disease has been a constant concern surrounding the hajj, with cholera outbreaks in the 19th century killing tens of thousands making the trip. More recently, another coronavirus that caused Middle East respiratory syndrome, or MERS, prompted increased public health measures, but no outbreak resulted.

It wasn’t just governments that were taking action: Cologne Cathedral, one of Germany’s main religious sites, was emptying its basins of ‘holy water’ to prevent the spread of infection. And Facebook canceled its annual conference for developers.

Singapore charged a former Wuhan resident who has the virus and his wife for allegedly lying about their whereabouts as officials tried to stem further infections. In Colombia, which has yet to report any cases, officials reminded residents they could be jailed for up to eight years if they violate containment measures. And in South Korea, the National Assembly passed a law strengthening the punishment for those violating self-isolation, more than tripling the fine and adding the possibility of a year in prison.

“It came later than it should have,” said Lee Hae-shik, spokesman for the ruling Democratic Party, calling for further non-partisan cooperation to address the outbreak.

Countries’ efforts to contain the virus opened up diplomatic scuffles. South Korea fought prohibitions keeping its citizens out of 40 countries, calling them excessive and unnecessary. China warned Russia to stop discriminatory measures against its people, including monitoring on public transit. Iran used the crisis to rail against the U.S., which it accused of “a conspiracy” that was sowing fear.

A woman was just diagnosed with coronavirus for the second time

A woman in Japan has just tested positive for coronavirus for the second time, in what’s believed to be the first case of a multiple diagnosis. The unidentified patient, who Japanese media report is in her 40s and is a resident of Osaka, first tested positive for the highly infectious COVID-19 virus on 29 January. Just days later, on 1 February, she was discharged from hospital and tested negative for the virus on 6 February.

But this week the woman, who works as a bus tour guide, reported chest pains and a sore throat – and has just been confirmed to have coronavirus for a second time. Japan’s health ministry confirmed this was the first time they’d seen the same patient test positive twice for the virus.

A medical professor told the Guardian the second onset of the virus may be due to it lying dormant within the body, but experts cannot confirm this because so little is known about it. “Once you have the infection, it could remain dormant and with minimal symptoms, and then you can get an exacerbation if it finds its way into the lungs,” said Professor Philip Tierno from New York University’s school of medicine.

This week, the coronavirus situation in Europe has escalated following an outbreak in northern Italy. Ten towns in the Lombardy region of the country were placed on lockdown, and the country has seen a 25% surge in cases in just 24 hours. Italy now has over 400 confirmed incidences of coronavirus, and numerous other European countries have seen their first cases of the virus as a result.

In the UK, the total number of cases has risen to 15 after two more patients tested positive this week. The Department of Health said they contracted coronavirus while in Italy and Tenerife respectively, and they have now been transferred to specialist NHS infection centres in Liverpool and London.

Should you be worried about coronavirus?

As it stands, the UK Chief Medical Officers have designated the risk of coronavirus to the public as moderate in this country. While 15 individual tests for the virus have come back as positive, there have been a further 7,119 tests that were negative. The main risk at the moment, therefore, is from people who have recently travelled to areas where the spread of coronavirus is particularly high.

The government urges anyone who has recently visited the following places to stay indoors, avoid contact with others, and to call NHS 111 to inform them of your recent travel to the area.

Typical symptoms of coronavirus include a fever and a cough, so if you notice yourself developing either, call 111. Doctors and other healthcare workers have received specialised advice about what to do if a patient presents with symptoms.

Should you be wearing a face mask to prevent coronavirus?

Before you fly into a frenzy, trying to get your hands on an increasingly coveted mask, read what Dr Jake Dunning, Head of Emerging Infections and Zoonoses at Public Health England, has to say. He told Cosmopolitan UK that while face masks play an important role in clinical settings, such as hospitals, there is very little evidence of widespread benefit from their use beyond this.

“Face masks must be worn correctly, changed frequently, removed properly, disposed of safely and used in combination with good universal hygiene behaviours in order for them to be effective,” Dr Dunning advises.

“People concerned about the transmission of infectious diseases would do better to priorities good personal, respiratory and hand hygiene.” The main thing to remember? Keep yourself clean, wash your hands, and hold your hand over your mouth if you cough.

It is Not Recommended to Travel to Tibet, China in 2020 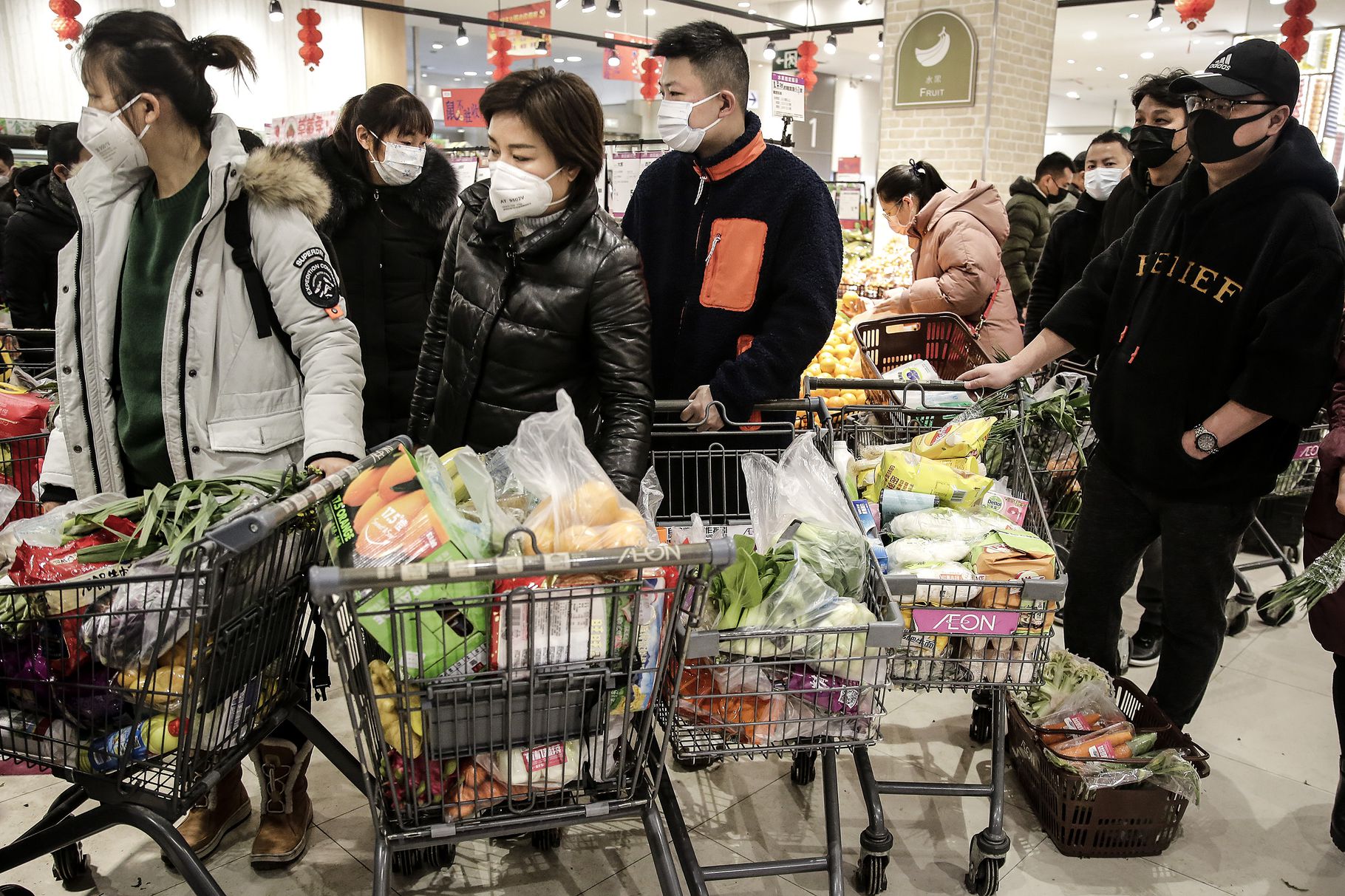 Since the Novel Coronavirus outbreak was originally from Wuhan, Hubei Province, and more and more other provinces and major cities report Novel Coronavirus (COVID 19) cases around Chinese New Year time, with the massive population migration in whole China due to the spring festival, there are nearly 80,000 confirmed cases by end of February, 2020, according to the public Media in China. People are mostly requested to stay at home and isolate themselves for safety concern. And the face masks are in high demand because all people are requested to wear masks to walk outside. So it is too difficult for ordinary local people and travelers to have access to buy face masks. Most schools are still not allowed to open before Feb.28 (and it would last long after), and most restaurants can not open for public, like some other areas such as Japan, South Korea, Italy, it is good to have the tour ban for sometime for public health safety concern. So you’d better postpone your travel plan to the following travel destinations in Tibet and China if your travel is not a must or unnecessary (or not urgent).

There is no positive news about Tibet travel permits as of Feb.28, 2020. For travelers who have booked a Tibet tour with us, we will keep the trip very flexible and postponable for future travel when it is safe enough to travel to Tibet and other parts of China. However for Tibet trip plan after June, it may not be restricted that moment. For Tibet travel between March 1 and May 31, 2020, it is very possible that permits will not be allowed for anyone’s application. Should you have any questions on Tibet tour, please contact www.tibetlocalguide.com for more details.